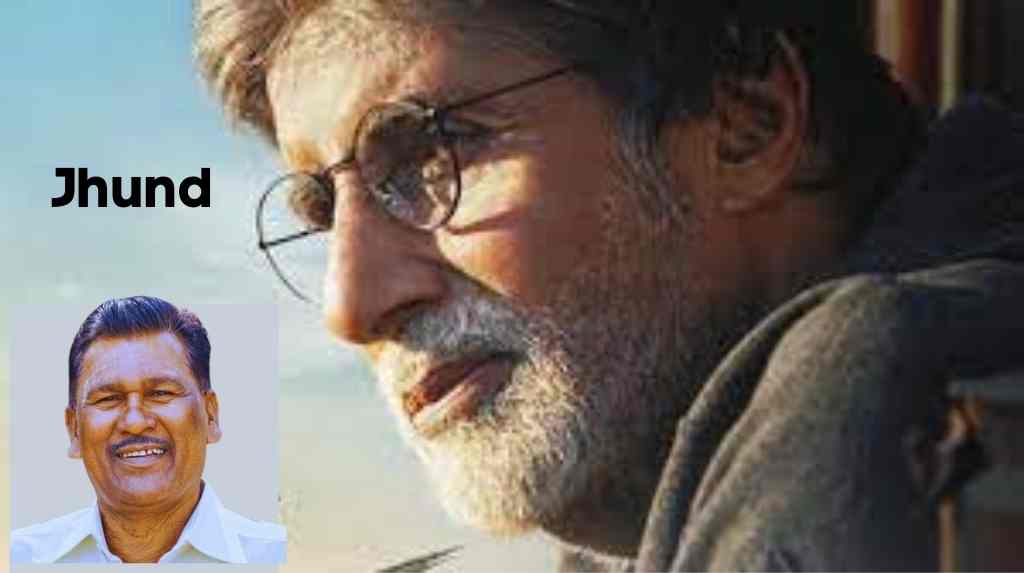 Friends, we haven’t discussed a movie in a long time, right? Let’s find out today about Amitabh Bachchan’s upcoming ‘ Jhund movie’, the king of acting and Angry Young Man of Bollywood.

The film is based on the life of Vijay Barse, who was a retired sports teacher. Who founded an NGO called Slum Soccer. He played a key role in rehabilitating street children by keeping them away from drugs and crime, turning them into soccer players and forming a whole team.

Vijay Barse, a retired sports teacher and sports lover from Nagpur, about sixty years old, is often spotted with a gang of teenage thugs in a slum near where he lives, wasting his time playing cards, fighting, smoking and robbing passersby. Vijay is sad to see this.

Vijay Barse takes the initiative and introduces football to the residents of this slum so that they can transmit their energy in a positive way. He wants to transform this gang of thugs into disciplined football players. It is not an easy task. Despite many obstacles in transforming such an undisciplined homeless group into a disciplined organized team, he is patient. He believes that these homeless children have extraordinary skills and abilities. He believes that in order for them to be trustworthy, they need to have faith and trust. He sacrifices a lot and continues to struggle against all obstacles. The vision of victory to transform the tragic lives of these homeless children becomes a reality as it takes them to the next level by entering the world’s biggest football tournament – “Homeless Soccer”. The twists and turns of life make the impossible possible.

The shooting of the herd started in December 2018 in Nagpur. The story of the film is based on the life of Vijay Barse, founder of Slum Soccer NGO. In this film, Amitabh Bachchan plays the role of a professor who inspires street children to form a football team. E. Q. This is the second collaboration between Akash, Rinku and Nagraj after the 2016 Marathi film Sairat. The film ended on August 31, 2019.

Based on the life of Vijay Barse, a retired sports teacher who founded an NGO called Slum Soccer. He managed to rehabilitate street children by keeping them away from drugs and crime, turning them into soccer players and forming a whole team.

The film was to be released on September 20, 2019. The date was tweeted by film critic and business analyst Taran Adarsh. It was later postponed to 13 December 2019. On January 21, 2020, the release date of the film was announced as May 8, 2020. The film was further postponed due to the Covid-19 epidemic. The film’s release was halted in October 2020. Filmmakers are currently working to resolve copyright issues in court. The film is now slated to release on March 4, 2022.

So friends, it is clear from this film that even those who are going the wrong way can be turned back. The film manages to entertain as well as inform. If so, how many other methods can be used to bring back the misguided? All that is needed is determination to improve them.

So definitely watch and get some inspiration.