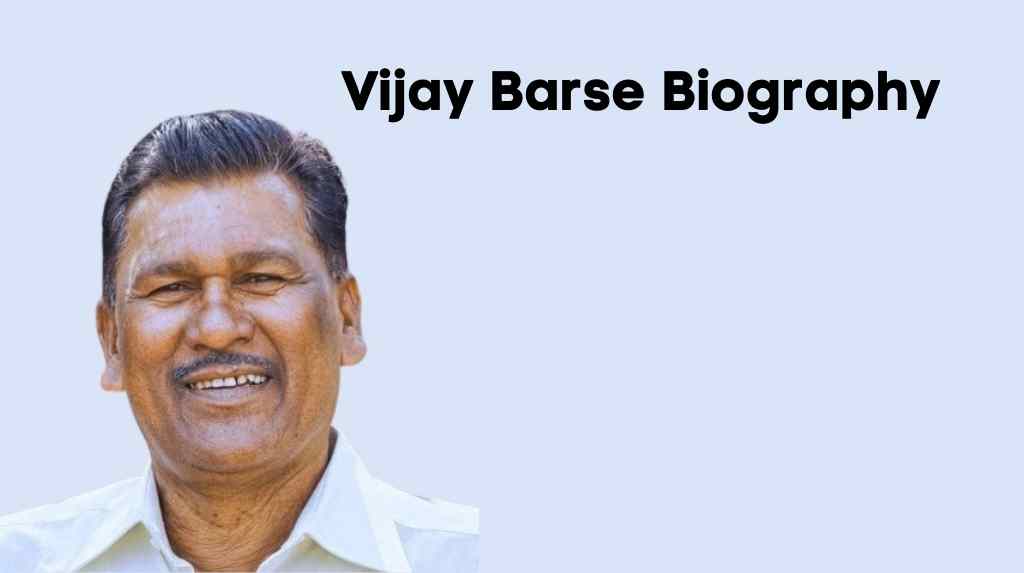 Football is one of the most loved and played sports in this country. More than a sport it is an emotion that joins the hearts of millions of people across the country. From the rich to poor everyone playing this game enjoys it without any discriminations based on caste, color or religion.

Vijay Barse was a sports teacher at Hislop college, Nagpur and it was in the year he saw some underprivileged children playing football using a makeshift football. It was then he understood the influence of football among the people of the country. This scene gave him the inspiration to start Slum Soccer.

He is a retired sports professor from the Hislop College in Nagpur with 36 years of service.

One afternoon of a rainy day in July 2001, Vijay saw some slum children playing football with a small plastic bucket. He noticed that the time they were indulged in the sports, they were away from all the malice activities. The whole scenario inspired him to do something for the underprivileged. Vijay along with some of his colleagues planned to organize a football tournament and make slum children participate in it.

He received 18 Lakh after his retirement from which he bought land of about 9 km from Nagpur and built an academy of football for the underprivileged.

In 2001, he founded slum soccer Krida Vikas Sanstha Nagpur (KSVN), which runs football programmes and provides a chance of rehabilitation to the deprived section of society. He organised the first tournament of the academy, held in Nagpur in which participation of 128 teams.

In 2003, he launched his first Jhopadpatti Football Tournament, a state-level event in Nagpur. A total of 15 districts of Maharashtra including a tribal belt of Gadricholi (who later emerged champions) participated at the tournament.

In the same year, the national-level tournament of the organization, All India Rajiv Gandhi Memorial Jhopadpatti Football Tournament was conducted in Nagpur with the participation of 12 Indian states (Orissa won the inaugural tournament).

In 2006, Abhijeet left his job in the U.S.A and came to India to support his father in his movement of upliftment of the slum dwellers.

In 2007, Vijay learned about the Homeless World Cup and went to watch its fourth edition in Cape Town, South Africa. The following year, he took his team to international-level when they participated in the next edition of the tournament held in Copenhagen, Denmark.

In 2012, he was bestowed with the Real Hero Award, which was presented by Sachin Tendulkar.

In July 2019, Vijay Barse was honoured with the Nagbhushan Award.

His son, Abhijit in an interview revealed that his father has also worked for the Indo Pak peace and organized motor cycle expeditions to the border to talk peace with Pakistan. Barse also has worked for improving the green cover by promoting tree plantation.

In 2014, he featured in the first episode of the Satyamev Jayate Season 3, hosted by Aamir Khan.

In January 2020, his biopic titled, ‘Jhund’ was released. Amitabh Bachchan was cast for the role of ‘Barse.’ The movie also celebrated the directorial debut Nagraj Manjule in Bollywood.

Vijay Barse, a retired sports teacher who founded an NGO called Slum Soccer. He managed to rehabilitate street children by keeping them away from drugs and crime, turning them into soccer players and forming a whole team.

In the year 2001 along with his wife Ranjana Barse and son Abhijeet Barse, he started Krida Vikas Santhi Nagpur which became the parent institution for Slum Soccer. Having set the ball rolling, Barse took it a step forward and spread the programme to other districts in Maharashtra. Barse, with support from a few close friends, planned out matches and launched the first Jhopadpatti football tournament, a state level event in the year 2003 in Nagpur. The same year a national level event, the All India Rajiv Gandhi Memorial Jhopadpatti football tournament, was conducted in Nagpur. Twelve states participated in the inaugural tournament, which Orissa won with Maharashtra finishing runners-up. Barse learnt from the internet that a Homeless World Cup was held annually and went to watch the 4th edition in Cape Town, South Africa. India participated in the following edition in Copenhagen, Denmark and also took part in the Melbourne event in 2008.

Society really needs such human beings who takes initiative for the youth going in the wrong direction. Someone needs to takes responsibility to divert their energy in the right direction and make them to grow.

Hats off to such personalities.